The SFRA Review is an open access journal published four times a year by the Science Fiction Research Association (SFRA) under a CC-BY-NC-ND 4.0 license.

Indigenous peoples, and indigeneity in general, have always been central to sf. As scholar John Rieder has argued, a colonial ideology and colonial history are endemic to sf, shaping the genre since its inception. Indeed, the history of exploration and settlement seem central to common notions of the genre, especially in Western texts. Yet it is precisely this way of considering the relationship between indigeneity and sf—a Euro-American approach—that continually relegates Indigenous peoples to the “primitive.” According to Grace Dillon (Anishinaabe), “Indigenous sf is not so new,” and the relationship between indigeneity and science fiction is one where material effects are felt in both directions. She writes, “Writers of Indigenous futurisms sometimes intentionally experiment with, sometimes intentionally dislodge, sometimes merely accompany, but invariably change the parameters of sf” whether in the ruined return of boarding school ideologies in Cherie Dimaline’s (Métis) The Marrow Thieves to the metaphorical, interspecies re-telling of colonization in Claire G. Coleman’s (Noongar) Terra Nullius. A futuristic outlook is embedded within Indigenous decolonial thinking, which encourages seeing past the confines of settler colonial ideologies. Scholarship in the past twenty years has taken up exploring the way Indigenous sf “changes the parameters of sf.” It is this conversation this special section for an issue of the SFRA Review looks to continue and expand upon.

This special section will examine the depths of not just Indigenous sf, but Trans-Indigenous sf. Trans-Indigenous scholarship, as introduced by literary scholar Chadwick Allen (Chickasaw), works to think across and juxtapose Indigenous texts. As Allen argues, “My goal in staging purposeful Indigenous juxtapositions is to develop a version of Indigenous literary studies that locates itself firmly in the specificity of the Indigenous local while remaining always cognizant of the complexity of the relevant Indigenous global.” Indigenous sf is rooted in particular places and particular communities that must be considered, even while we acknowledge the often inter-tribal, global, inter-planetary, or cosmic messages at the heart of these works. From foundational novels like Darkness in St. Louis Bearheart by Gerald Vizenor (Anishinaabe) to more contemporary works by Cherie Dimaline (Métis), Daniel H. Wilson (Cherokee), and Blake Hausman (Cherokee) and through video games, films, comics, and multimedia artworks by Elizabeth LaPensée (Anishinabee/Métis), Cole Pauls (Southern Tutchone), and Skawennati (Mohawk) Indigenous sf is not only expanding into the future but drawing from communal and ancestral pasts. It is in the spirit of this long-running communal, global, and cosmic tradition that we are inviting abstracts relating, but certainly not limited, to the following areas and topics:

This issue will also feature a special response essay by Grace Dillon (Anishinaabe), Professor of Indigenous Nations Studies at Portland State University and editor of the collection Walking the Clouds: An Anthology of Indigenous Science Fiction.

Please send your abstracts (250-300 words) describing your provisional 3000-4000-word essay accompanied by a brief bio (50-100 words) to jeremy.carnes@ucf.edu by 20 June 2021. Authors will be notified within 2 weeks and first drafts of selected papers (prepared in MLA Style with a Works Cited in MLA 8th Edition) will be expected by 31 August. Essays will be published in a special section in the Autumn (November) 2021 issue of the Review.

If you have any questions regarding this project, please reach out to guest editor Jeremy M. Carnes at the email address above. 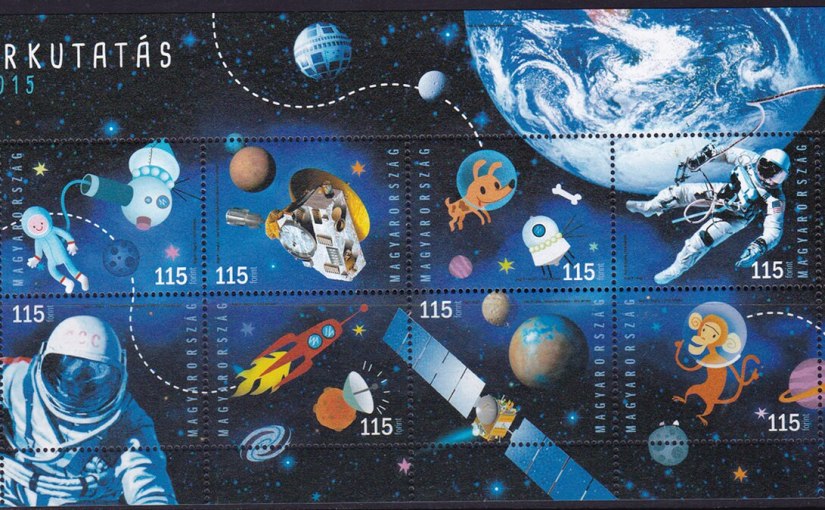 On the Edge: Hungarian SFF and Hungarofuturism

The SFRA Review’s Fall 2021 issue is dedicated to explore Hungarian SFF and Hungarofuturism, responding to emerging and intersecting trends in global SFF scholarship. The “science fictionalisation” of communicating global challenges, highlighting economic inequalities, political imbalances and racial biases, necessitate the proper representation and amplification of “local”, marginalised voices. The efforts of decolonising popular culture inherently result in a proliferation of “futurisms” and a greater attention to non-Anglo-American SFF.  While Hungarian culture has a rich fantastic tradition in the arts, and there has been a recent, considerable growth of Hungarian SFF scholarship, engaging with climate crisis, economic and political breakdown, it is still on the peripheries of mainstream critical discourse. The themes and scope of the special issue are partially inspired by Zsolt Miklósvölgyi and Márió Z. Nemes’ coinage “Hungarofuturism” originating from their satiric 2017 Manifesto:

Hungarofuturism (HUF) is a mythofiction and aesthetic strategy designed to condition cultural memory. […] The goal of HUF is the transformation of imagination in both a spatial and a temporal sense. This can be achieved through the creative rechannelling of narratives of origin and a restoration of hope in futures past, or even speculative utopian futures that never have been or never will be.

Consequently, the purpose of the special issue is to explore the strange horizons (pun intended) and variety of Hungarian SFF across genres and media, navigating how the fantastic intrusion impacts national identity of a culture self-defined by crisis, facilitates dealing with past traumas, and negotiates perspectives of the future. In order to accurately represent the extent of current research into the fantastic in Hungarian popular culture, the SFRA Review special issue is open to scholars working in the fields of Science Fiction, Fantasy, Horror and their different subgenres and cross-hatches, colleagues working in Humanities and Social Sciences as well as Science and Technology. We are inviting abstracts relating but not limited to the following areas and topics:

Please send your abstracts (250-300 words) describing your provisional 3000-4000-word English-language paper accompanied by a brief bionote (50-100 words) to hunsff.specialissue@gmail.com by 31 March 2021. Authors will be notified within a week and first drafts of selected papers (prepared in MLA style with a Works Cited in MLA 8th edition) will be expected by 30 July 2021. If you have any queries regarding the project, editors Dr Vera Benczik (ELTE) and Beata Gubacsi (University of Liverpool) are happy to provide further information.

Since its inception in the early nineteenth century, Mormonism has shot for the stars. With angelic visitors, planetary afterlives, and astronomical texts written by ancient patriarchs, the theology and history of Mormonism is ripe for analysis and criticism through the lens of SF. In addition to the beliefs, practitioners of the religion—the largest denomination of which is formally known as The Church of Jesus Christ of Latter-day Saints with various smaller sects that use or engage with the same history and scriptures—have been and remain actively involved in the history and growth of SF. From staple science fiction authors like Orson Scott Card to contemporary authors like Brandon Sanderson and Shannon Hale, the genre has been shaped and will continue to be shaped by those who are practitioners and those who are adjacently connected to Mormonism broadly.

SFRA Review seeks essays of c. 2,000-3,000 words for a special issue interrogating, analyzing, and critiquing the intersections of Mormonism and SF, where SF and Mormonism are understood in their broadest and most inclusive senses.

Submission should address but are not limited to:

Examples: Parley P. Pratt’s “A Dialogue between Joseph Smith and the Devil”, Nephi Anderson’s “Added Upon”

Examples: The Life, the Universe, and Everything Symposium; Leading Edge Magazine

For further reading on this topic, to help shape and springboard ideas, the editor suggests reading:

Abstracts of c. 250 words and short author bios should be submitted by email to the special issue editor Adam McLain at adam.j.mclain@gmail.com using the subject line “Mormonism and SF Submission / Name Surname” by March 1, 2021.

Abstracts should clarify how the essay will engage with the intersections of Mormonism and SF, but prospective authors are encouraged to be creative in their approach to the questions raised by this special issue of SFRA Review. Authors will be notified of acceptance (or rejection) within two weeks.

If you are interested in writing an article for the special issue and would like to discuss it with the editor before submission of the abstract, please do so.

Accepted drafts of 2,000-3,000 words will be due in mid-May and should be prepared in MLA style with a Works Cited in MLA 8th edition. A full project timeline is listed below.

March 1, 2021 = Abstracts due
March 15 = Authors notified of acceptance
May 15 = Drafts due to editor
June 15 = Edits on drafts returned to authors
July 15 = Second/Final draft due to editors
Early August = Publication of special issue in SFRA Review 51.3

For the sake of solidarity among graduate students, postdocs, and other contingent members of the academy, SFRA Review editor compiled a collaborative list via Google Docs of folks working on/in/at the intersection of science fiction, speculative fiction, fantasy, and horror (SFFH) studies. SFRA Review now presents the list publicly for further collaboration.

Whether it’s your primary focus, a side focus, a minor interest; whether you are in literary studies, history, media studies, sociology—we want to get to know you in order to connect, share resources, and develop camaraderie between graduate students, postdocs, adjuncts, and others struggling up through the ranks of academia or now working outside it. This is also a good way to get a sense of the breakdown of institutions, fields, and research interests represented by global scholars of SFFH.

This list is administered by the SFRA Review; information provided here is for the benefit of all SFFH scholars; if contact info is provided, it may be used to contact listees for the purpose of academic work and camaraderie.